To unite the two most crucial parts of business: the results that come, and the people who create them. 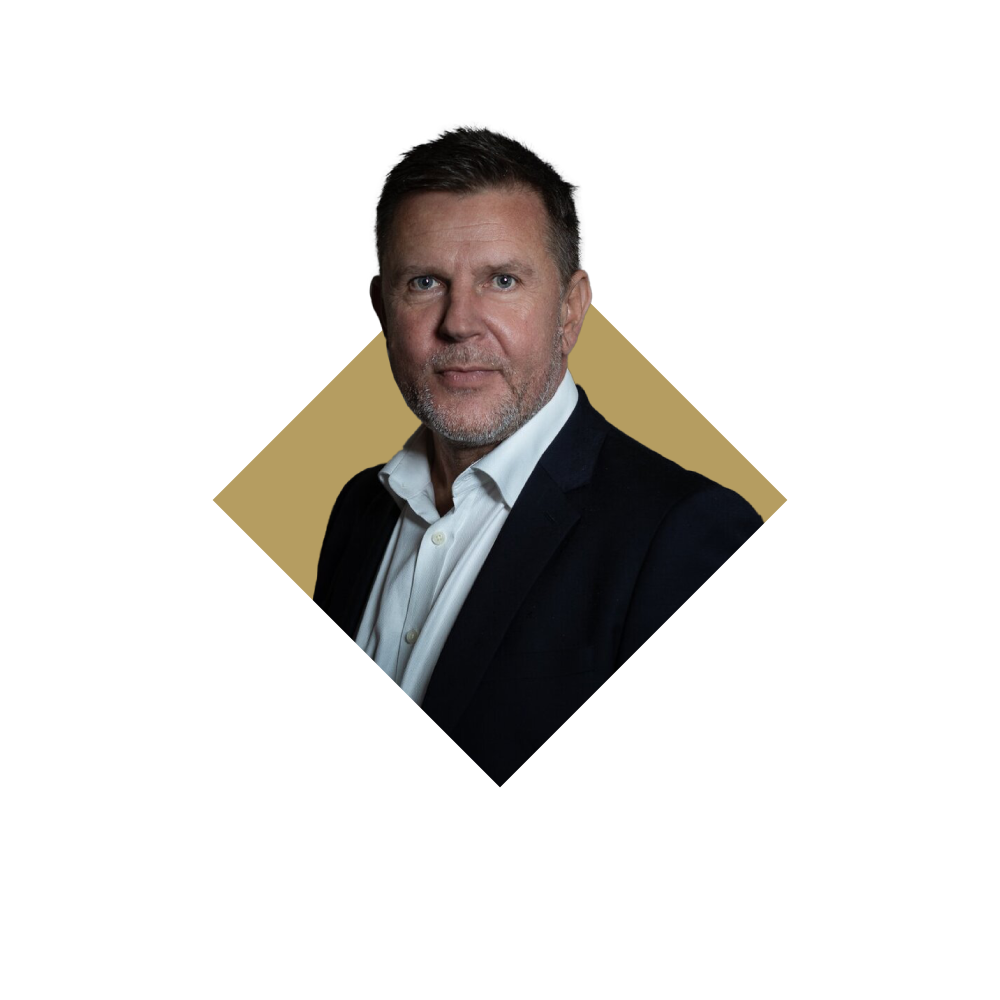 Today I write as a business owner, partnered with expanding organisations with purpose and with a clear vision of a future where organisations create value through CALM leadership, using psychology and data to reduce negative stress and improve performance under pressure.

Having undergone a second transformation from football into business, this time technology, enduring two debilitating illnesses, one of which started in India, I am grateful for the perspective that business gave me on sport and vice versa.

I’m experiencing lock down more healthy than recent memory allows, keeping an eye on football. As football clubs and sport in general review their strategies, tactics, and operations under challenging circumstances, I took some time to reflect on an article I wrote in India in 2017.

Change comes in many forms and the ability to revisit my own history, with a fresh set of eyes, enables new perspective. When the psychology lessons are applied to underpin these experiences, understanding how complex theories can be turned into actionable insights becomes the focus.

When I went to India, it was with eyes wide open and a high level of expectation of the sights sounds and smells to accompany the excitement of leading a new football academy project.

Yesterday I went for an evening run north along Juhu Beach towards Versova Beach. Passing the small fishing village where numerous cricket and football games were being played by kids of all ages enjoying the school holidays, my mind is racing.

Sunset is different here, over the Arabian Sea. A hazy, bright orange ball dropping quickly over the horizon.

As I reached the inlet that separates the two beaches the black crows and stray dogs grew in number, in every way linked to the increase in waste. Time to head south, the stench is unbearable.

I made a mental note that the lack of care for this otherwise stunning vista is mind numbing. I could not comprehend it. When a celebrity or big cheese come to town there was a huge community effort to clean up.

So back past the fishing village I stopped to observe a small sided game. I was, after all, looking for talent and had commenced building a talent identification and recruitment framework in consult with Mumbai City that would set them apart from the rest.

It is 4 v 3, skins v shirts and flip flops for goals. I could not turn down the invitation to make up the numbers. The lads were seventeen and eighteen, most still in school and a typical mix of heights, composition, and attributes. It was very competitive.

I had already fulfilled a lifetime ambition to watch beach cricket in India and had breakfast on the hallowed turf of Mumbai Cricket Club. This was another very cool moment among many I have traveled.

What started out as a bit of fun became a profound experience. I had been told that talent in Mumbai could be found in the villages. In places where kids can’t afford boots. Street kids. This was real competition.

Compared to a typical 18-year-old Academy scholar in the UK, Ashak is carrying weight. Most likely from a diet of Pav Bhaji; deep fried, heavily spiced mashed potato in a soft white bread roll, and an affordable staple at around 15p per serve.

But Ashak is not like a typical ‘academy product’. He has no coaching, no nutritionist, conditioning coach, psychologist, or education and welfare officer. He has no video analysis, or data against which he can track his progress. He has no one watching him at all.

Most of all, he has no fear!

Ashak has talent. Awareness, balance, technique, power, vision and, most of all, pure, unbridled joy. This passion, or love for football was developed here. No structure. No cost to participate. All weather. All hours. In the street, on the beach, in the road.

He reminded me of Maradona. Don’t shoot me down here. It is not a comparison, like for like. More the sub-optimal version of Maradona with immense talent but looking a little unloved. I’m not being grandiose here. The look, the intent, the power, and the poverty.

If I was guessing at the drivers, I would say he had a sense of connection, adventure and maybe a touch of significance. He was unbridled joy.

I thanked the boys for allowing me to share the experience and ambled back up the beach in twilight wondering how possible it could be to breach the social barriers to inclusion.

The commercial realities of building an Academy in India were at the forefront of the financiers’ minds, but I couldn’t help re-visiting countless experiences as a Head of Recruitment and Academy Manager and Coach, of the negative side-line behaviour of parents who should know better.

This feels different. The thing is, I have been feeling uneasy for a couple of weeks now, trying to pinpoint the source of my discomfort. Cognitive dissonance, I believe we call it.

I have a feeling preference, which is great when you feel good, but can be debilitating when you don’t. I need to get to the bottom of it.

In the last month I have met with political leaders, football power brokers and connected business heads. I’ve attended high level events and summits for analytics, sports conditioning, and the Indian Super League. I’ve watched England and Brazil and met the head coach of India.

Mumbai City FC are on a three-week pre-season camp in Spain. Football is present here. Very present. Clubs are fronted by Cricket and Bollywood superstars and it is fast becoming the sport of choice for millions. Star TV is across it 24 hours a day.

An esteemed colleague, Nick Cox, once said “talent plus opportunity equals success”. It became a mantra, forged in steel at the Blades Academy in Sheffield and it is a sound principle to hold onto. No doubt it is heard through the corridors at Carrington these days.

So, what is this feeling? Well, I am on route to meet someone important. The mode of transport today is a beautiful, air-conditioned Mercedes-Benz E class, chauffeur driven. I’m part of this emerging football powerhouse. What’s not to like?

As we pass untold hordes of slums, tens of thousands of destitute, humble people, comforted by their faith in gods of peace and prosperity, I start to contextualise the challenge ahead from anecdotal to experiential.

The contrast in this moment is palpable and the evidence is not hard to gather; while the middle classes work 9 to 5 to make the rich richer, the slums that so often get knocked down, only to be rebuilt, are piled high in a statement of pride and defiance.

The eyes of the beggars, dismissed by colleagues as ‘being better off than they look’, appear lifeless to me as they tap on the window of the car at every intersection.

On the scooters are families of four; father wearing the solitary helmet, young child up front and mother sitting side saddle with a baby in her arms at the back. Perhaps they are unaware of the inherent risks, or perhaps they live without fear of the worst-case scenario.

I can’t help but reflect on my time with UGL Unipart and some great business minds. With a proud safety record front of mind, I watch countless heavy machine operators at the work sites of the new underground Metro with bare feet. Many I fear won’t make the end of an unlikely six year project.

This is real performance under pressure. In context, it is unsafe, unhealthy, and unsustainable.

Mumbai promises so much, and people travel from all over India to live the dream. We coast along in luxury across uneven terrain constructed before this city could no longer cope with its population explosion.

Everyone trying to get somewhere, almost oblivious to a shared lack of space and time and offered in such a careless way.

So, how to make a difference when the scale of disproportionate wealth is so significant?

Talent plus Opportunity equals success, and Huddersfield Town’s decision to scrap their Academy is an acute example of how professional academies are analysing their own failure to ‘produce’ talent.

More are following suit now after the commercial realities of COVID-19 have started to be felt more deeply.

India has done what most would do. They are starting from the top down, perhaps partly driven by the vision to inspire millions.

With a strategic objective to increase participation by at least 100,000 players per year in a population of 1.4 billion the lack of a cohesive talent plan threatens to derail the very opportunity the game demands.

With major societal issues such as poverty, unemployment and sectoral divides, the complexity of a grass roots entry point is overwhelming.

The fact is it is much easier to align to the growth of the game at a corporate level. Individuals gain popularity and wealth, while the struggle beneath continues and grows. The promise captures the imagination, but what is the intent?

This is not a cynical view. When we paper over a crack, the crack does not go away. The truth lies beneath these reflections and the intent is not to judge, but to remain curious. I left with a sense of dis-empowerment. A little sad. I was too unwell pursue the enormous task at hand.

The big solution is complex, but if you want to know where talent can be found in this football mad country, take stroll down Juhu beach at sunset.

The Leaders Advisory is a Performance Coaching and Leadership Development organisation that uses applied psychology to help companies improve their engagement, productivity, and wellbeing. Tony Walmsley, founder is a Performance Coach and Profiling Specialist with a 30-year history as a business leader, professional football manager and coach educator.